Day 30 of the Nano Poblano (a.k.a. NaBloPoMo — National Blog Posting Month) challenge is finally here! Thanks for reading, thanks for writing, and thanks to the “cheer peppers” who made it all happen and cheered us on by “liking” our posts. I read the posts of my fellow bloggers religiously and learned so much from all of you.

I’m proud of myself for sticking with it, even though some days were a little rough. Somehow, I managed to eke out 30 different pieces, including:

Even though I thoroughly enjoyed NanoPoblano, I’m looking forward to a little down time in December. (Did I just say down time in December?) This year, for the first time since I was a kid, I couldn’t wait for December to get here. I mean, I literally couldn’t wait. As soon as I returned home from New York yesterday, I changed both of my wall calendars to December without realizing that I was two days early.

There’s one thing I meant to post this month and didn’t. It’s a little embarrassing, but here goes: I don’t know how to rap. I don’t know much about it and I think I might be terrible at it. I’d like to learn, though, so that maybe I can use it in my songwriting projects. But how do you learn to rap? The same way you can learn almost anything these days: YouTube! I watched a few videos and I learned that some rappers (I think it’s called freestyle?) compose on the spot by thinking ahead to the end of the phrase before mentally writing the first line. I decided to try it, so I looked around the room for inspiration. I was in the kitchen. On the table was a glass, some cheese and crackers on a plate, and a vase of flowers. I grabbed my pad and pencil, and here’s the result. I may not win a Grammy, but if I make you smile it’s all worth it.

And on that note, I’m rapping up this edition of loristory. Happy December! 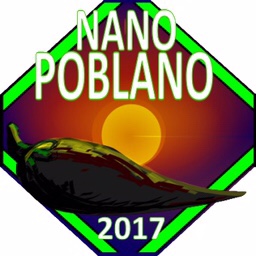 7 thoughts on “Rapping It Up”